Gig in the Garden

The Gig in the Garden

As fundraisers go, Gig in the Garden has to be amongst the best. The gig is held in the wilds of Suffolk near the town of Stowmarket. It had its first outing last year – a one-day event that was a stonking success. This year’s event was held over two days (July 12th and 13th, 2014) and despite a decidedly damp second day, the entire show was a blast.

The event is in aid of Action Medical Research – A Charity close to the heart of many of the movers and shakers of the Gig. The work done to make the event a smooth-running success was immediately obvious when I arrived. Car parking was organised and marshalled. The redoubtable St. John’s Ambulance were visibly in attendance, high-quality caterers (including a lady that served CRACKING coffee) and room to camp if you wanted to stay over for both days.

Most important of all, a remarkable array of musical genres lined up…

I arrived at around 1pm.. It was grey and overcast but with a promising forecast. By the end of the evening, there was to be a light show no one had expected.

I was there to capture the mood of the day. Right from the ‘off’, the grey skies did not cast a shadow on an atmosphere that was light and easy. I watched folk find a space, lay out rugs and organise picnics. As more arrived, the open spaces gradually filled with folk content to sit on either picnic rugs or chairs of all shapes and sizes. Inevitably, the beer tent soon had folk propping it up… and since this year’s event provided room for camping, some had no concerns about drinking and driving – aa fact soon made evident 🙂 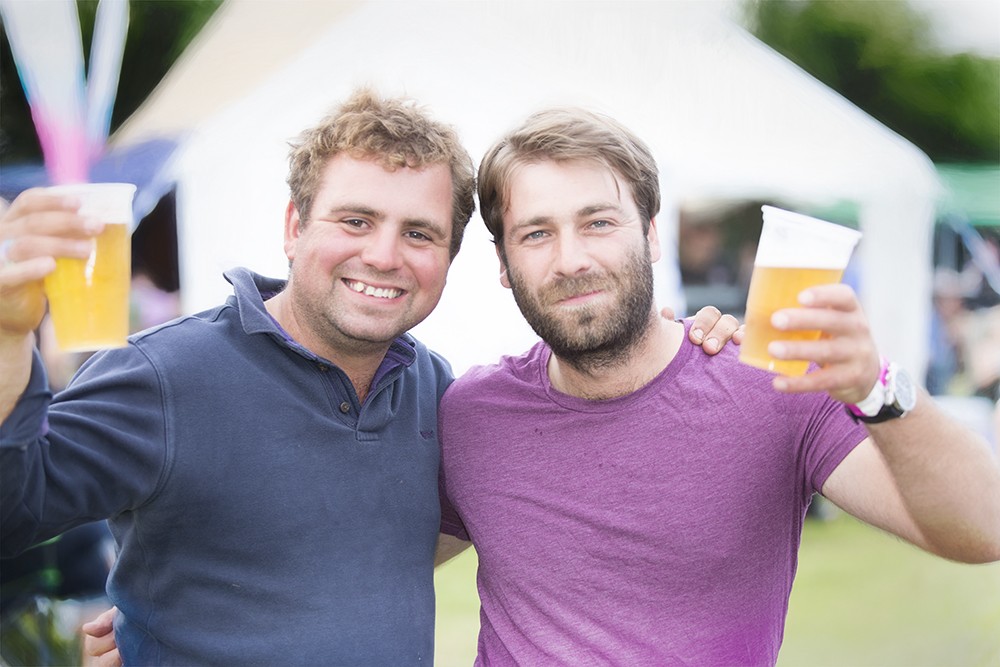 Making a Summer weekend of it.

Photographing gigs is a favourite but this adds another element. The daylight hours opens up opportunities for people-watching. Folk of all ages were there – from months old to ages old and it was great to watch them revel in the company around them and in the day’s entertainment.

As time went by, the early cloud gave way to the sun. Some folk had bubble-makers and in the lazy breeze, bubbles large and small drifted about. Many brought picnics and soon were in full swing. Gig in the Garden was well underway and filling the air with music.

Two stages, one of them provided by the John Peel Centre, were hosting a seriously diverse range of bands.. it was so good to see they included (like last year) bands made up from folk in their teens as well as those on their 20’s and up. Some made a repeat (and very welcome) return – the redoubtable Underline the Sky, Polar Collective and Chasing Storms to name but a few.

Solo artists too featured large with Gion Stump (all the way from Switzerland no less) and Zak Macro to name but two. Double Acts also featured all with seriously talented guitarists and vocalists. Jo and Rob were on stage when I arrived and they were performing a fabulous version of Nancy Sinatra’s “These Boots are Made for Walkin'”… I could not recall how many years it has been since hearing that one!

Underline the Sky were as energetic as ever – and certainly, the decibels went up a notch or two judging by the extra pulses of air the stacks were throwing at me as I walked by them. I checked out one of their videos and I loved it 🙂 A fabulous ballad with video covering a trip to Wales… with an interesting insight into their culinary skills..

Gigs in the Daylight Hours

I attended last year’s Gig in the Garden and not until I reviewed the shots I had taken, did I realise how different the atmosphere can be between daylight hours and after it gives way to the dark hours. A ‘conventionally’ timed gig gives the atmosphere a kick start. Not so for an event during daylight hours. Something else, beyond a well-composed shot, has to replace what the darkness provides. I am, by no means, certain I know what that “something else” is but it is great fun trying different options in the processing.. Please do offer your own thoughts on the matter.

So darkness falls… and the time comes around for the headline act. The Bohemians. I had always been a little wary of tribute bands. Last year’s main billing was Ultimate Madness and they did much to banish any misgivings. So this year, my mind was a little more open to a tribute band that focused on all things Queen. Until I checked out their website, I had no idea how accomplished this band was. This will give you an idea…

A wee while after Bohemians had started their set, I could see flashes in the sky.. In no time, I knew it was lightning and it was to be the beginning of one the best natural light shows I had seen for many a year. I had enough material by then so I thought a graceful exit was wise. All the while I was packing up, the lightning was taking up more of the sky and becoming more frequent. Better still, “Bohemian Rhapsody” was the current cover being performed with “thunderbolt and lighting, very, very frightening” coming over the PA… I am not sure it could have been scripted better…

Soon after, I could hear the gig coming to a premature end and a wise decision it was too. The heavens opened and the storm passed right overhead.

That is what I call a good ending 🙂